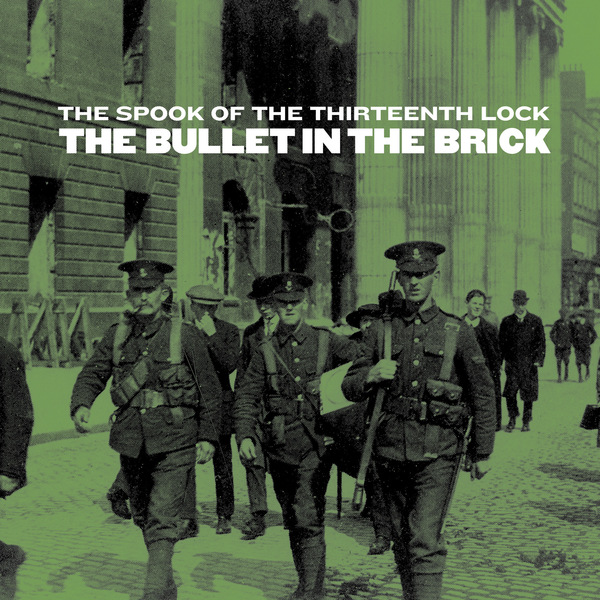 The Bullet in The Brick

The Spook of the Thirteenth Lock return with a new piece called "The Bullet in the Brick", released on the calendar centenary of the Easter Rising.

Featuring the same electric guitar orchestra used in ‘Lockout’, "The Bullet in the Brick" explores various aspects of the Easter Rising such as the bombing of Dublin by the British gunship "The Helga", the murder of activist Francis Sheehy Skeffington and its attempted cover-up, and finally the Proclamation of the Irish Republic.

The A-side of the 12” includes the full “Bullet in the Brick” suite while the B-side features a live recording of the first movement from "Lockout". Download includes A-side only.

"One of the inventive acts on the block join forces with the same electric guitar orchestra used in their Lockout project to produce a piece of rare emotional impact". - Jim Carroll, Irish Times

"Incredibly moving and unflinching in its execution, this latest example of innate creativity from Spook of the Thirteenth Lock furthers cements their status as one of the most unmissable acts in Ireland today" - State Magazine